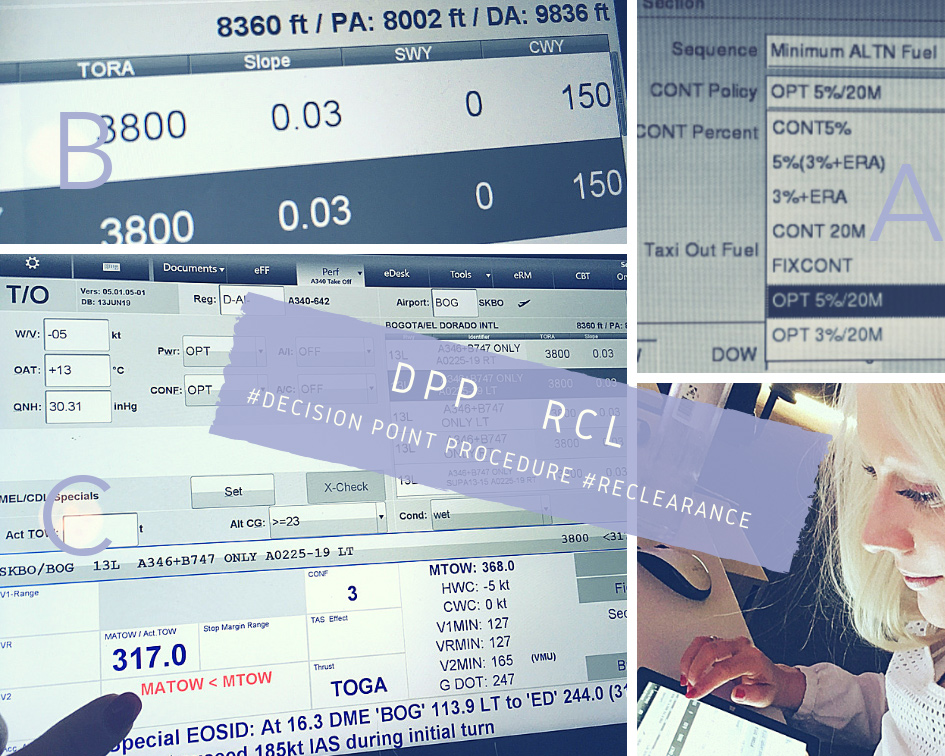 This #flightplanningfriday I have a special guest: infamous “Reclearance” (officially: Reduced Contingency Fuel Procedure – RCP).
As you know, CONT fuel is mandatory for each #flight to cover unforeseen deviations enroute. At minimum 5 mins holding at the destination (MINCONT), increasing to a certain percentage of trip fuel – up to 20 min (A).
Now, why’d you want to reduce that “buffer”?
Simple: if MAX #takeoff weight’s lower than you need to accomodate fuel+load.
That’s particularly the case at “high&hot” airports like BOG (B): at ~2.5km elevation, air‘s significantly thinner than at sea level (lower pressure) so less oxygen in same air volume – thus less engine performance; yet worsened by hot temperatures. Add terrain – get a MATOW (max allowed t/o weight) 50to below maximum!
cheat code to onload pax/cargo: MINCONT even for long-hauls…but with some precautions . 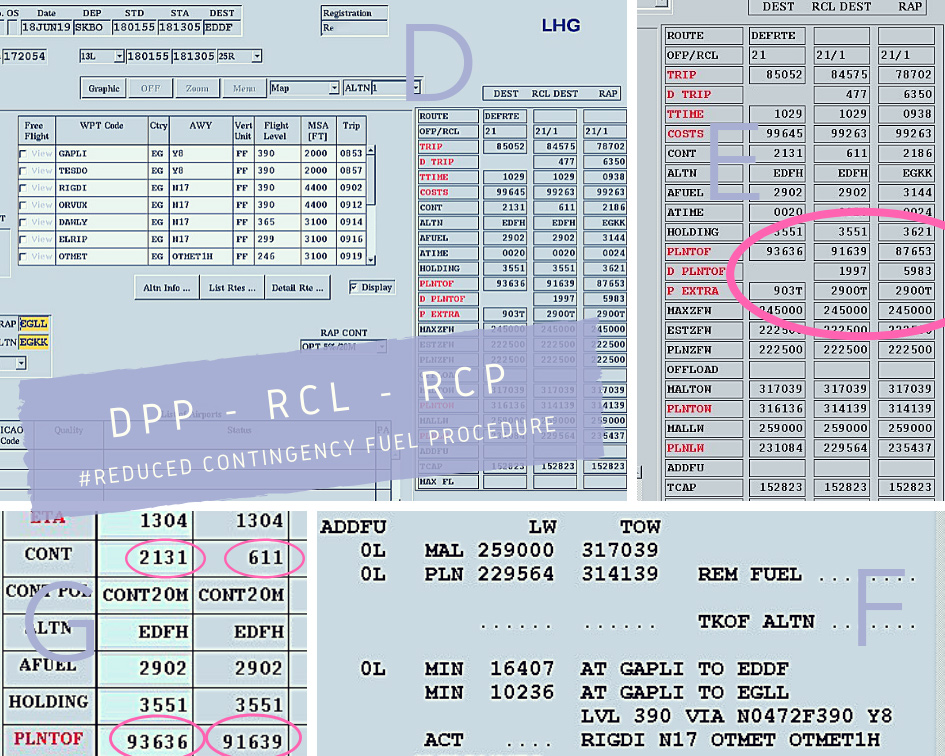 Simply put: we pretend #flying to a closer #airport only – here, LHR instead of FRA. trip fuel for LHR-FRA (to continue to actual destination) plays CONT for BOG-LHR.
The hop LHR-FRA only needs 5 mins MINCONT.
So after regular route prep, we select a decision point at ~75% of normal rte, an #airport we can reach from there, plus alternate (both complying with all regular minima)..now calculate a #flightplan to that #destination 2 (D).
We then compare (E) the resulting #flightplan BOG-LHR (right column), the original BOG-FRA (left) and the “re-cleared” BOG-FRA (center)… boom, 2 tons less T/O fuel (or 2 tons more for load).
The #ofp displays the minimum remaining #fuel at decision point (F) to legally continue to FRA – otherwise, the #plane can safely fly to LHR (or even divert to LGW if landing at LHR’s not possible).
So how come T/O fuel reduces by 2 to when CONT only reduces by 1.5to (G)?
Bc the #plane‘s lighter (carrying only 5 mins of CONT to FRA), trip fuel also reduces.
By the way, a reclearance is also filed to ATC – so “cheating” at decision point can get the #pilot in trouble.
It’s why I’m not a fan – while perfectly safe, it still can raise stress level for the #crew (as clearly nobody actually wants to divert for refuelling).
Clearly, things always run down to a case by case decision – by both us dispatchers, as well as the crew.