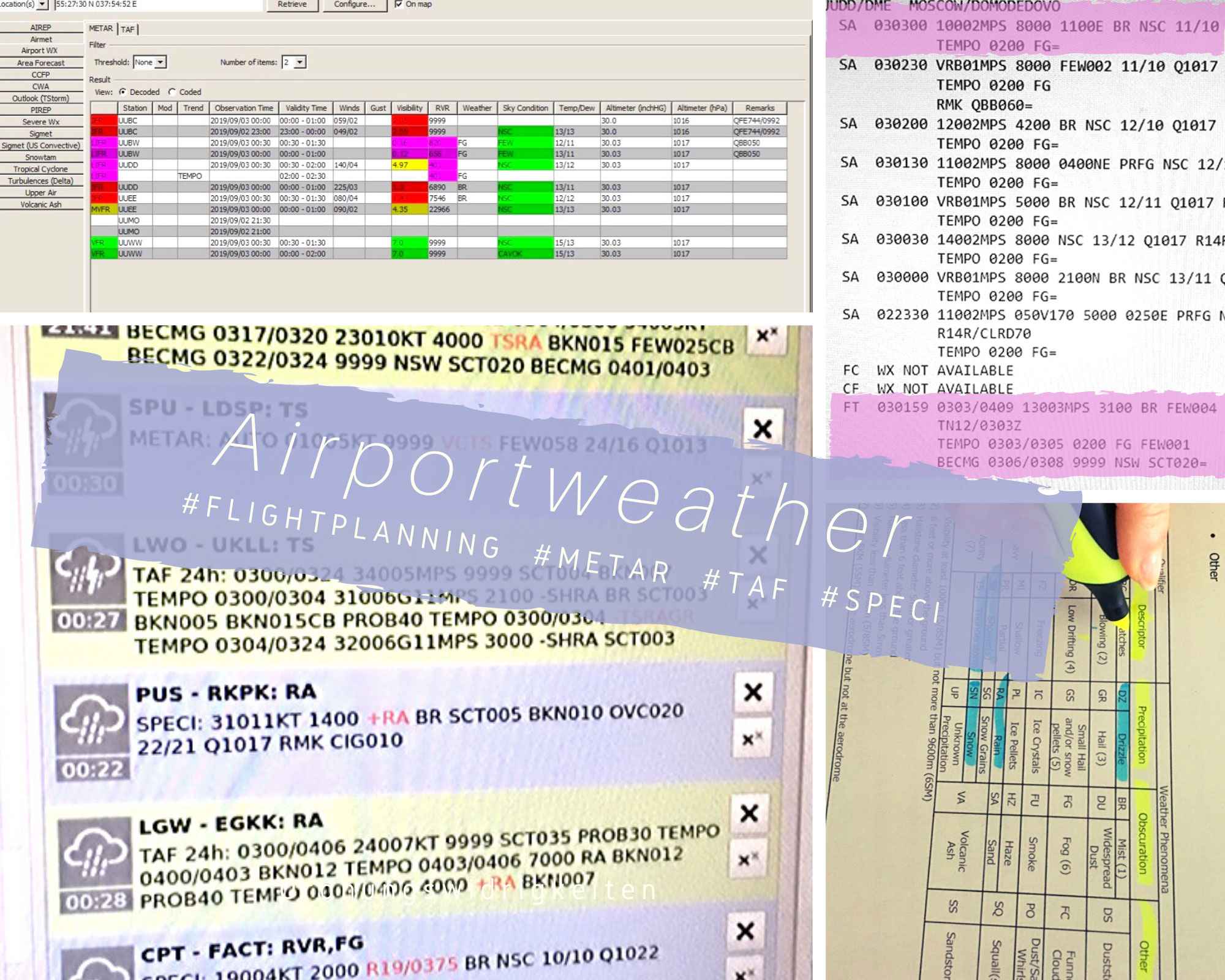 So some of you asked me to play the weather girl 👯‍♀️ … and finally explain that cryptic #airport #weather stuff!
Of course we‘re in #aviation – which means worldwide understandable standards are key.
The „Queen Mom“ of regulations once again is @icao. Their recommendations on meteorology are contained in Annex III: who reports what, when, and how.
There‘s 3 types of #aerodrome text weather.

Each of these 3 has a distinct structure, grouping info in fix sequence so a METAR will look the same worldwide.
Additionally, instead of plain language, universal coding is used to keep things short, easy to transmit and standardized.
All of that makes things super handy once one has learned the basics.
So let‘s have a look at the latest METAR OF UUDD (Moscow-Domodedovo;).

For TAF, TEMPOrary / long-term changes („bec(o)m(in)g“) complement the same basic „wording“.
Can you de-code the TAF from the image top-right?