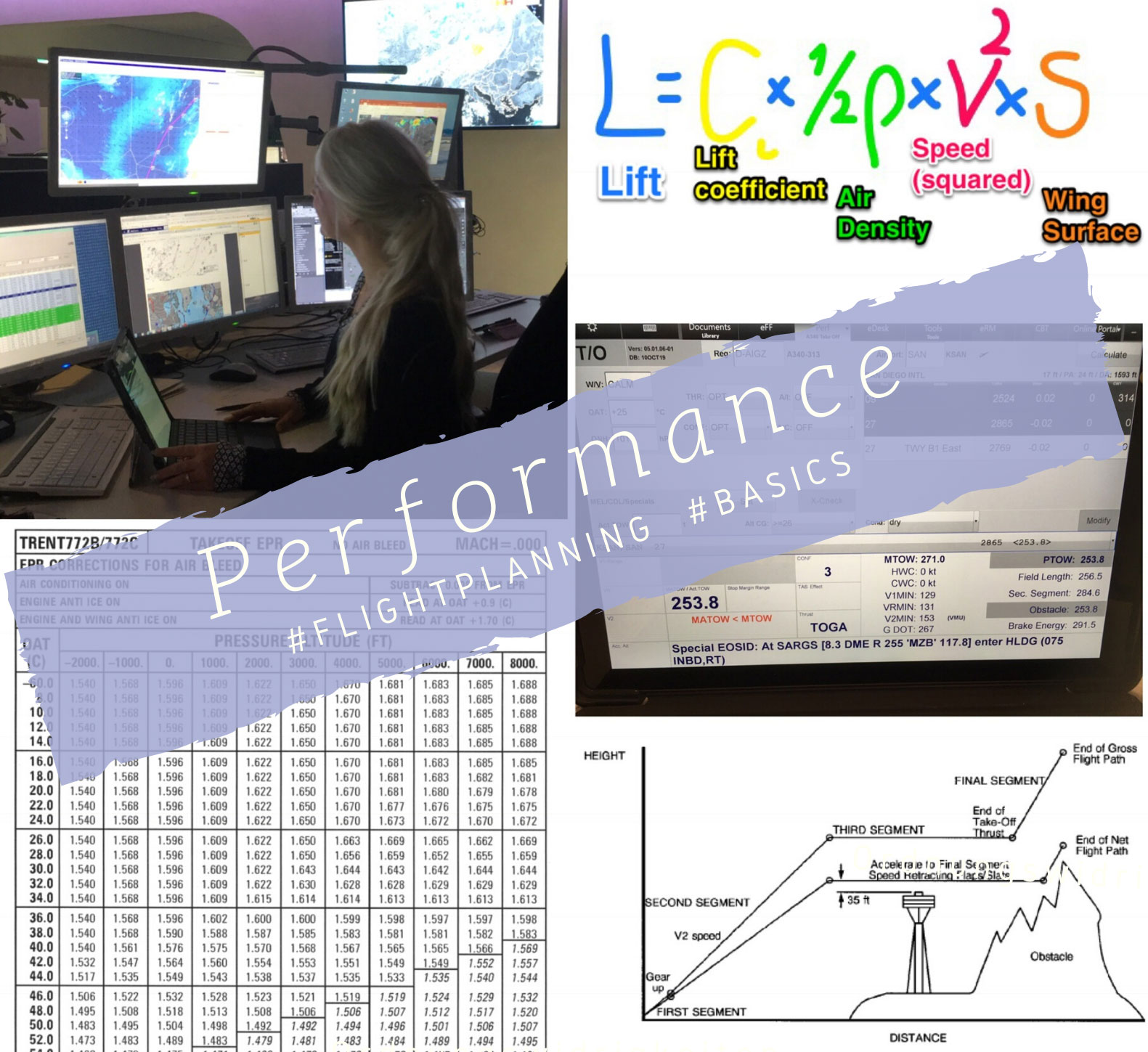 As you know I love aviation – but it‘s full of (aero)dramatics & perf-Romance 🤪
For example:  take that pretty lift equation.
To takeoff, a plane needs sufficient lift to overcome the force of its weight. Some factors must be a pAIRfect match in our equation.
Good news: just one of those factors has to be taken for granted (so pilots can actually boost their love – lift – luck)!
Simply put, lift results from air flowing around a wing – so the match made in heaven actually just takes two: a wing – and energy from the airflow.
In our lovely formula, C and S both relate to the wing. For fellow blondies – I memorized C as „camber“ – which is part of the truth: C results from a wing‘s shape, ie its efficiency towards airflow.
While basic wing design on a plane of course is fixed once built, but angle of attack and camber can be influenced by plane pitch, or deploying flaps/slats.
The latter also influence S – the wing area. Size DOES matter – the bigger the better (for lift generation).
Now, get things (or air) moving: both air density & speed influence the energy present in that airflow: the faster / the more air molecules, the more (kinetic) energy & lift.
With speed squared in the equation, even a small change will greatly change lift (thus inthrustwetrust). Runway length limits a plane‘s acceleration (also considering a takeoff reject, ie safely stopping); a headwind helps (as airflow speed increases).
Now, for air density (btw called „RHO“):the hotter, and the lower the pressure (eg at altitude), the further the molecules separate (think a subway in summer: if it‘s not packed (ie pressure), people keep a distance). Not only does that reduce flow around the wing – but also engine thrust; thus airplane performance tables always provide data for different pressure / temperature.
So, in our equation, everything‘s related (pure perf’romance’, I told ya!).
For every flight, we and the pilots both use a sophisticated module to bring all those factors – thrust, speed, configuration – to optimum balance.
And believe me – with short runways, slopes, obstacles to outclimb – things quickly become aerodramatic 🤣