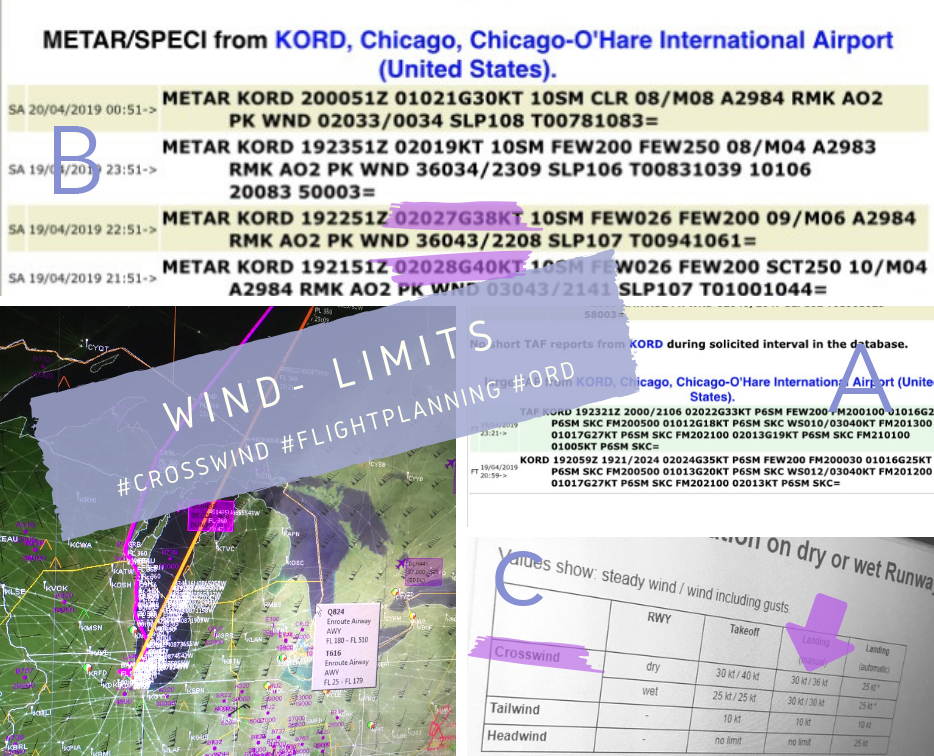 Something about Mission Support:

A front had passed the Great Lakes area, #weather on its rear was forecast dry with strong northerly wind  (A; TAF = Terminal aerodrome forecast).
Gusty wind’s not uncommon for ORD – it’s after all known as ”Windy City”.
Yet, latest METAR (meterorological aerodrome report) reported gusts up to 40kts (B). ORD‘s main #runway configuration is 28/10 (east/west direction); the #b747‘s #crosswind limit (for a dry RWY landing) 36kts.
40kts directly from the North would be out of limits, preventing a #landing, a diversion seemed possible.
The #crew also was worried about wind and possible arrival delays, requesting further info. 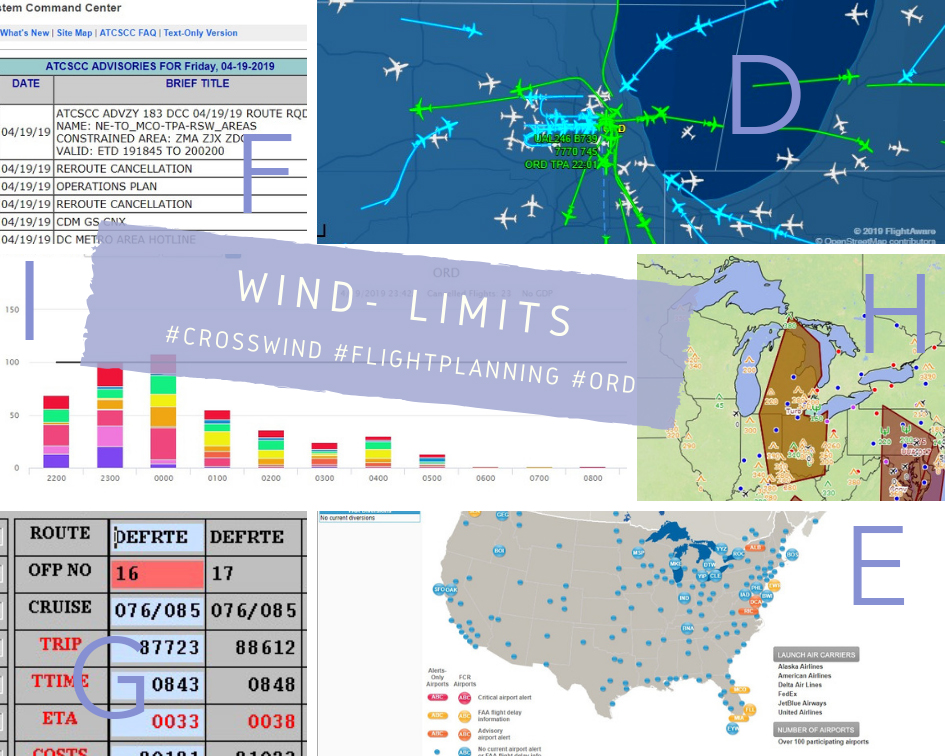 So I checked the approach situation – finding the standard east flow config in use (D)…without any holding 😳 Airport status for O‘hare was blue (E, no current issues); also the @faa had no alerts or advisories in effect (F).

For a timely 1st reply, I described the current – normal ops – situation to the crew via datalink message.

I calculated a possible reroute for approaching a different RWY (G) (resulting +5 mins / 1 ton more fuel) for them, stating I considered that unlikely to be cleared by ATC (given it crossed the approach and departure flows in use).

I also checked on possible go-arounds or PIREP (pilot reports) for the approach area(H), and expected arrival demand around my #airplane‘s ETA (I) – both not pointing out any trouble.

My assumption – based on the wind/pressure charts – was that the wind would decrease, and meanwhile be weaker than previously reported (after all, it‘s only reported hourly). watching everyone landing normally (despite all other #plane types subject to crossind limits too), I described my expectations to the crew – suggesting to give it a try.

And in fact: the next METAR reported the wind down to 30kts (thus in limits), explaining the „normal“ approach situation.

And a couple mins later, the #queen also touched down safely.

Who needs netflix when you can have THIS 😅