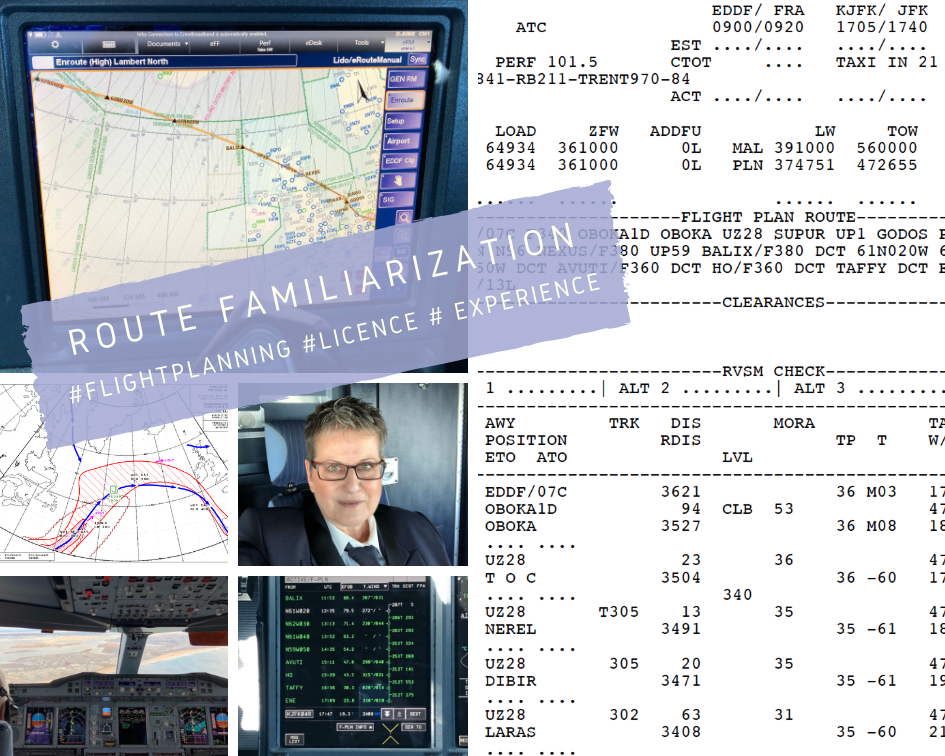 Yes  …  🤓 a “Route  Familiarization Flight” is a flight, which a FOO (Flight Operation Officer) is planning and later on accompanying on.
But why? – According to some airline “Operation Manuals”, a FOO has to perform such a flight once a year, no matter if long- or shortrange flights.
This is to talk to the crews, exchange informations and to promote better understanding for the work of each other – on both sides.
It’s not a matter of … “oh, I would like to see this and that …”, but it is a “you have to do” item.
Me myself, I’ve learned a lot! And I have seen a lot through the past years. What you have to know is, that I am a FOO of Lufthansa Cargo, mostly planning MD11-flightplans, and I am working as a FOO for around 25 years now.
In JFK for example, my company has trouble on most of the common runways when it is wet: the MD11 does not like it. This beautiful plane needs “RWY length” with suitable wind direction, when it is wet. And “we” do not always get the RWY needed.
At the moment I am loaned to another dispatch-unit and planned the OFP (Operational Flight Plan) for an A380 to JFK, and that was also my “Route Familiarizartion Flight”.
Weather at JFK was really nice, and besides a nice flight and nice information exchange with the crew … upon arrival with this huge aircraft we received landing permit for a runway, which a Cargo MD11 could never have used …
The A380 has a wonderful tool that can perform “brake to vacate” – and our big-big plane landed on that designated RWY, which “my old fashioned plane MD11” could never have used. – Wow!
It is also important to focus on the issues of planning such flight – and this is one of the reasons for such a flight.
Planes are getting more modern, techniques are changing … all that is also not only “nice to know”, but mandatory for a FOO!
It is not only nice to get feedback about our flightplannig and talking to the crews …  – it is s also important to focus on the issues of planning such flights!  To all destinations worldwide and with all different planes …