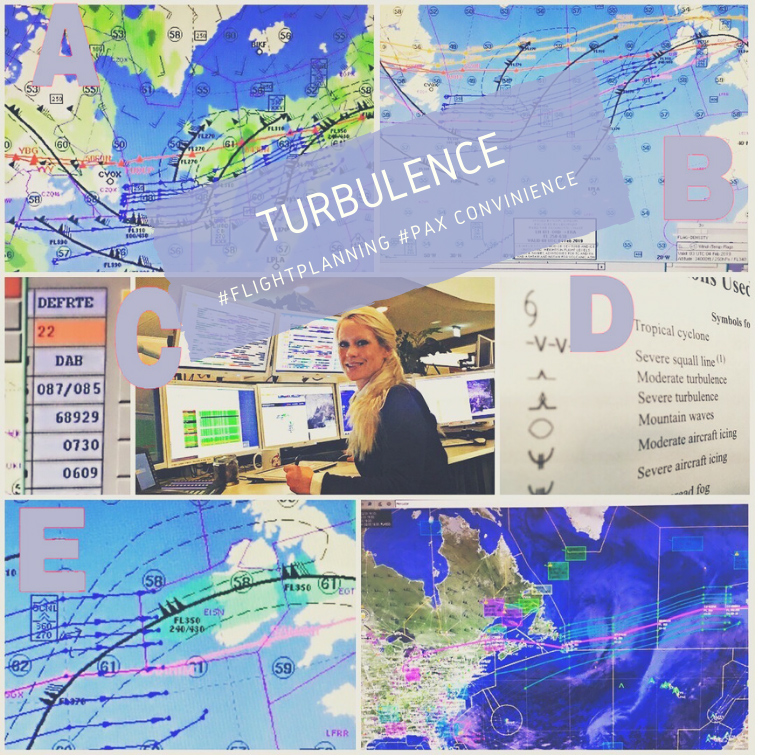 Obviously, I got a favorite new hobby: „turbulence hide-n-seek“. BUT this time, for an ORD-FRA #flight – I just filed the most efficient route (A).
…yeah ok, who am I kidding.
The #aircraft was D-ABYU, #lufthansa‘s youngest #b748 (planned its delivery flight back then, just couldn‘t..).
After some analysis, I decided to invest some 5 mins to avoid at least that area of severe turb over Ireland/Scotland – filing the pink rte further south (B), with #flighttime still just 07:30h (C) and some lgt-mod turb only.
So a few words on our official basis for #flightplanning, at least #weather wise – the “High Level SIGWX“ (SIGnificant Weather Chart) issued by London WAFC (World Area Forecast Center).
there‘s a second WAFC, Washington – plus several other institutions issuing SIGWX; which is why an #airline names one as their reference.
Validity, issuer, range are stated on the chart: SIGWX cover 6h-intervals – valid from 0000z, 0600z, 1200z, 1800z – and are published for defined flight level ranges (eg. our high altitude one for FL250-630). For my flight, I thus interpolated between the 0000z and 0600z chart.
@icao Annex 3 contains detailed guidance for the issuance of meteorological info, including SIGWX (so whatever the source, similar standards / coding are applied (D) – see pic 2 for more chart examples).
as a minimum, jet streams, tropopause level, convective clouds (Cumulonimbus/CB), turbulence and icing are depicted using a unified set of symbols, plus severe weather phenomena (eg tropical storms, active volcanoes) if applicable.
Yet, it‘s only a forecast – which is why we may consider additional products (such as dedicated icing fcst) and of course more recent info like SIGMET (SIGnificant METerological Report on observed severe WX) or satellite images.
In my case, the other SIGWX agreed on turb location, but differed on level / intensity; so I also analyzed turb potential
(A, E; the greener the bumpier), finally opting for NAT W.
#pilot feedback @flywith_thebestian indeed was it had been ok, while not silky smooth – similar to the fcst for that track.
After all, at 2 hours to go, severe turb would‘ve been a rough wake-up (no one likes spilt coffee). 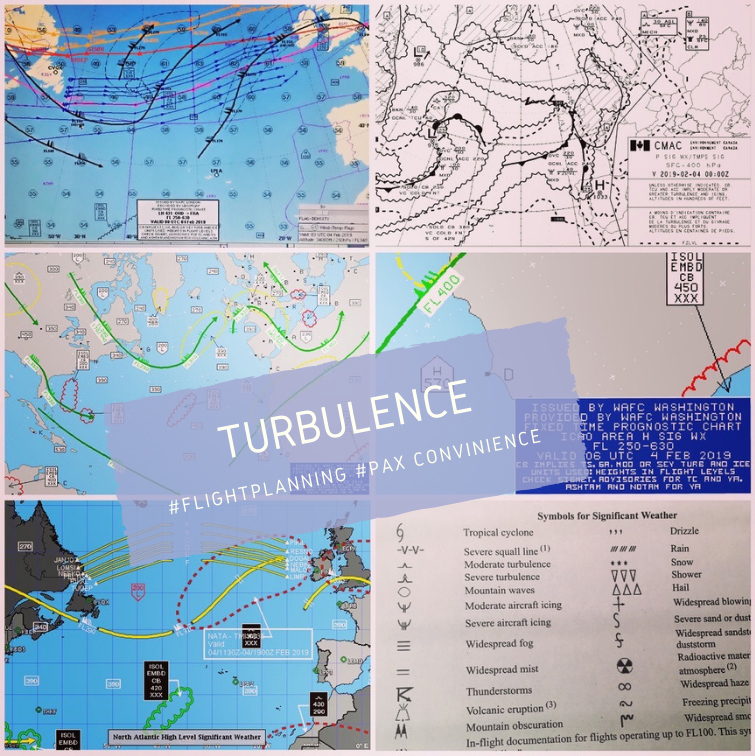